It seems the Wii U is in danger of being put away into the cupboard of obscurity and finding itself nestled in between a Dreamcast and a Virtual Boy.

I find this particularly irritating, because, like the Dreamcast before it, the Wii U holds so much untapped potential. The Wii U’s touch screen interface is a great innovation that when capitalised can lead to some truly brilliant gameplay experiences.

Unfortunately, like the Dreamcast it looks like no one is taking advantage of the hardware and, with no games, there may as well be no system. Maybe it’s something about consoles with screens on the controller that cause gamers to condemn them as novelties and therefore to failure.

In order to try and stop this from happening to the Wii U, I thought I might use my years of gaming expertise to highlight some ways developers could Wii U’ise their existing titles to improve and open them up to a new audience.

Obviously I’m so important and such a renowned expert on these matters that developers are bound to be reading this. But just in case any actually are I shall open with a small plea. Whether you decide to support Wii U or not, please don’t just settle for higher resolutions, more complicated textures and particle effects so microscopic you can’t see them anyway. Life like imagery is all well and good but gaming is an escape, and therefore innovation is required, not imitation and I feel that the Wii U is the strongest platform upon which both gamers and developers can unlock their imaginations. 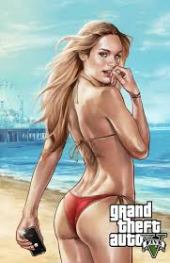 OK, its not like Rockstar need any help selling GTA V, it’s already reached record breaking audiences, but I feel like putting it on the Wii U would greatly benefit the game.

Rockstar Leeds did an amazing job creating a unique experience for the DS with GTA China Town Wars and I’m sure they could do the same for Wii U. My biggest critique of GTA V is that the controls can become confusing at times and I often struggle with radio stations or switching between characters. Imagine the touch screen turning into a car dash when you enter a vehicle with controls for tuning the radio and real working indicator and headlight switches. Or, more usefully imagine the pad acting like a sat nav allowing you to type in addresses and seek locations without having the laborious process of pausing and waiting for the menu to load up.

Even more impressively would be the ability to pre-view what characters are up to when you are not controlling them. If you are playing as Michael and want to switch to Trevor but want to make sure you aren’t going to end up in the middle of nowhere, imagine being able to see through his eyes on the tablet before you select him just to check out what he’s up to and where he is.

Rockstar if you want any more ideas as to how the touch screen controls can benefit Grand Theft Auto then please get in touch. I have plenty of thoughts as to how they could be used in the Strip Clubs but I don’t want it publicised just how dirty a pervert I really am. 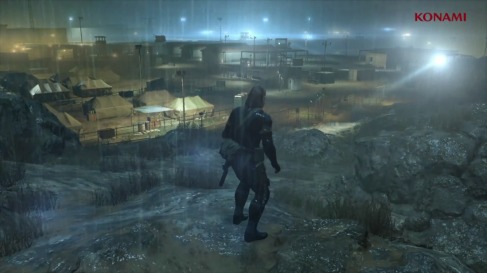 Now the MGS series isn’t really my cup of tea, in my humble but very strong and often outspoken opinion I feel its basically just a bit of a tech demo for cut scenes.

However, Hideo Kojima’s franchise has been good to Nintendo in the past, with a remake of the PSone classic for Gamecube owners who missed the original being one of the system’s must have titles.

Ubisoft have already proven with Splinter Cell that the Wii U is a great home for gadget laden espionage stealth thrillers. Along with being able to control a wide range of gadgets the tablet could act as the communicator. Instead of switching to a 15 minute cut scene, or having Snake sit stationary, Otacon or whoever it is that needs to know what Snake wants for dinner can talk through the tablet. This would add an additional layer of involvement for the player without breaking up the gameplay.

Maybe there could even be a section where Snake must navigate a corridor with a heart beat sensor. Players would have to breathe in a controlled fashion onto the Wii U’s touchscreen in a simulated breath control exercise that slowed Snake’s heart rate and made sure he could slip down the corridor undetected.

Snake could also hack into security cameras, giving him a kind of Siren: The Blood Curse third sight allowing players to navigate around enemies without raising an alarm. 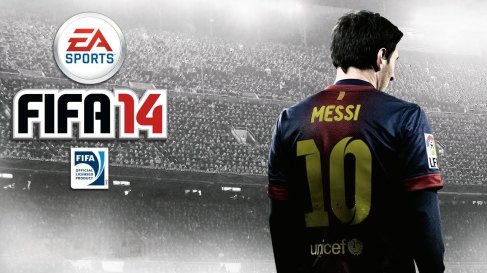 EA’s decision not support Nintendo’s latest platform upset quite a lot of people who enjoy buying the same game they have bought every year for the past ten years.

I actually think that Fifa, and other sports licenses that EA own such as NFL would be perfect for the Wii U. Being able to use the tablet as a sort of ‘Manager on the sidelines,’ is a fantastic idea, allowing players to chose and change formations mid play, keeping opponents on their toes and the gameplay even more tactical and exciting.

EA, if by some small, tiny sliver of a chance you are reading this but still feel like its not worth bringing any of your sports licenses to Wii U, despite the superior control methods I have just pointed out. Please, could you reconsider and maybe just release Mutant League Football on Virtual Console. I’ll be your best friend forever. 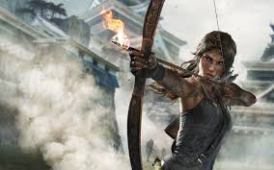 Dear Crystal Dynamics, I know you have just released what you propose is the Definitive Edition of Tomb Raider for the Xbox One and more impressively the PS4 (I’m not trying to start a fight amongst the fan boys, promise,) but I feel like you could actually release a Tomb Raider Super Definitive Edition in the form of a Wii U version.

Now, Nathan Drake has surpassed Lara recently and become the adventurer everyone is talking about. As a big Uncharted fan I feel there is a bit that Lara could learn from the new boy. Especially in the form of Uncharted Golden Abyss on the PS Vita, where players must use the touch screen controls to make charcoal rubbings, clean dirt off of objects and at one point hold up the camera to a light in order to look through a piece of paper. Now, sometimes some of these moments do feel a little ‘tacked on’, and just an excuse to show off the hardware of the Vita, so why don’t you guys look at implementing something similar in a Wii U version but improve and fine tune the ideas. If you were to do this then Lara would be back on top of Drake (don’t be smutty minded at the back). There could even be a special un-lockable t-shirt that Lara wears if you complete the game that reads ‘Drake, The Last Of Us was better!’ 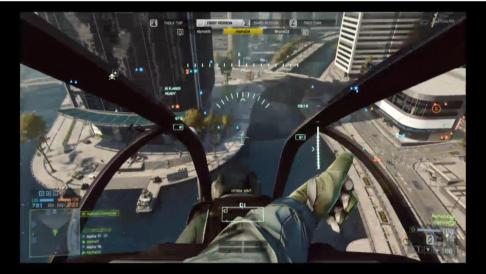 The Wii U really could do with a MMO FPS and I feel like Battlefield could do with the Wii U. Imagine a bomb disposal mode where players have to use the touch screen controller to defuse the bomb. Now imagine how tense that would be with people shooting at you on screen.

The pad could also be used to display control panels when entering vehicles like Tanks or Helicopters. It could even be utilised for the standard HUD thus clearing screen space and making life even easier for those hard-core gamers desperate to be the virtual best.

Crystal Dynamics, EA, Konami, Rockstar and any other developers who have overlooked the Wii U for some of their major franchises, as you can see I have just given you some examples of how the Wii U pad can help improve the experience of existing titles. In doing so surely you can all understand that the Wii U’s hardware is more than capable of providing a captivating experience that far surpasses those of more graphically powerful systems. If we all club together we can create one of the greatest generations of games. Or we could just ignore this second screen thing and just carry on chasing the graphical white rabbit into the bottomless hole of increasing polygon counts and more complicated physics that become less and less impressive with each generation.