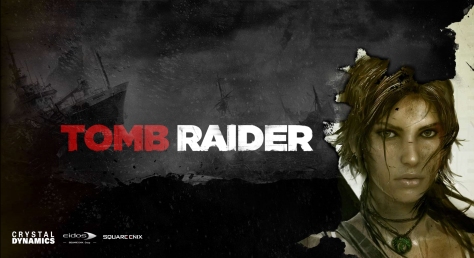 Lara Croft  was once  at the pinnacle of her genre. She is probably still the most recognisable female character in videogames today but in terms of explorers she has been rather left behind.

Crystal Dynamics’ life has been made rather difficult by Naughty Dog. Many years ago Lara and Crash Bandicoot stood side by side, almost like a pair of unofficial mascots for the PSOne. Nowadays though, Lara is available on every system under the sun and Naughty Dog have sent Crash on to find a new home. Instead, they are working with Nathan Drake and he is desperate for Lara’s crown.

The Uncharted series provide the kind of exciting thrill ride that is usually reserved for the cinema. Bombastic and excitable plots are propelled forward with action style gameplay, adrenaline inducing set pieces and the kind of graphics that are usually the reserve for high powered PC’s.

So, with the latest reboot to the Tomb Raider franchise, Crystal Dynamics  had their work set out for them and as a result they decided that they were going to send Lara into a grittier world. A dirty world where she would have to hunt animals in the wild with a bow and arrow, face a tribe of cannibalistic lunatics and deal with the most realistic weather effects ever conjured up by GPU’s. 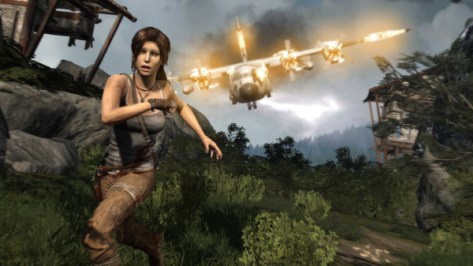 Crystal Dynamics seemed to have cottoned onto the fact that while a attractive young woman running around with two guns raiding tombs was a lot of fun in the nineties, gamers want characters to have four dimensions these days, not just three. Gamers want to be able to relate to their character or at least empathise with them in some way. So, Crystal Dynamics seemed to have taken a note out of the ‘Kitchen Sink Drama’ book and decided to make everything as miserable as possible for poor old Lara. Everyone knows, the more gritty and miserable something is, the more believable it is.

Obviously we don’t believe that there is a tribe of immortal Japanese warriors waiting on an island for their god queen to return. But, as gamers we are more readily willing to suspend our disbelief if a story and character has been cemented upon a foundation of some believability. Within the first hour or so of the game, Crystal Dynamics creates this foundation by forcing Lara to survive a horrific series of events including crawling through a pile of savaged bodies, and trying to escape an attacker with horrifying sexual undertones. 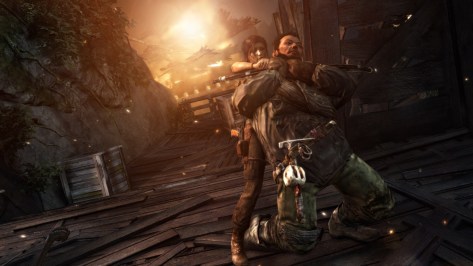 These events set Lara up to look like she is more fallible, no longer is she the gun toting super woman, bouncing around with duel pistols. She is a cold, frightened young adult armed with just a bow and arrow. She is less Bayonetta and more Clementine. We can’t help but get the feeling that Crystal Dynamics got fed up with creating games where most gamers wanted to date their antagonist. So they made one where even the most sexist pre pubescent oink could feel sympathy for their leading lady and look after her. Looking up walkthrough guides for levels, so that they could guide her to the end of sections unscathed as opposed to scouring the internet for the nudity cheat.

It was sad that prior to the game’s release the angry mob got wind  of a possible rape scene. It’s depressing that videogames are not given the same freedom of exploration of themes that other mediums are. Granted, historical title’s like Custer’s Revenge are an abhorent reminder of some of the trash that crawled out of the early primordial soup of  game creation. But that doesn’t mean that more modern games shouldn’t be able to broach more adult areas. In Tomb Raider, playing as a character trapped in a menacing environment does a great deal to make the player feel like the victim, sex attacks are by no means glorified in Tomb Raider. Maybe one or two gamers should be made to play Tomb Raider and be made to feel like a victim for once. Then they would be able to understand that rape isn’t the kind of thing you threaten over your Xbox microphone or on a YouTube video. On a side note, it was quite surprising that when Ellie faced a similar threat towards the end of The Last Of Us, no one even battered an eye lid. Even though Ellie was just a teenager.

The story of Tomb Raider is a reasonable affair, Lara and some friends on a university expedition are seeking ancient artefacts, when they stray to close to an old island and find themselves  ship wrecked. Unfortunately, it turns out  the island is guarded by a supernatural deity that refuses to allow anyone to leave. 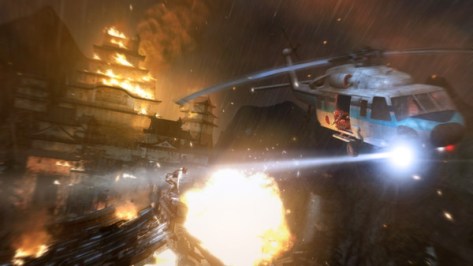 At first, Lara must  evade the locals, assuming they are a bunch of survivors who slowly lost their minds to the superstitious relics on the island. It’s not long though before Lara discovers that their is method to their madness and their are supernatural forces at work on the island.

Core Design missed the opportunity to spring the supernatural elements on us in the same way that Naughty Dog did with the first Uncharted. Turning the first game into a terrifying survival horror in the final quarter was a masterstroke and gave the game more of an Indiana Jones feel.

Tomb Raider does offer a lot more in the way of exploration than Uncharted does, but then again I’m not sure how great that is. Uncharted is a streamlined experience allowing players to progress forwards through levels with little in the way of back tracking. This helps  emphasize the game’s cinematic qualities. How often do you watch films where the lead character wanders around for twenty minutes trying to locate a key or figure out a particular jump. Tomb Raider loses this due to the level of exploration and the puzzles. This isn’t so much a negative, some people like to have lots of collectibles that will cause them to revisit the game time after time. Personally, I just prefer the seamless experience of Uncharted. 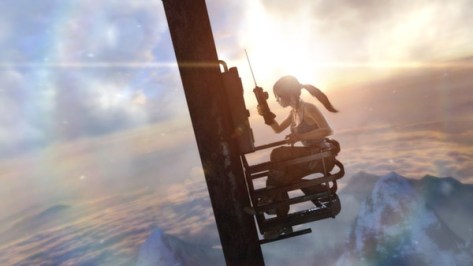 The combat and weapons in Tomb Raider have all been greatly improved. When you do endeavour to go off the beaten track and search for items, you can find salvage which can be used to upgrade  weapons with fun extra’s such as Rambo style fire arrows. The campsites are a particularly handy gameplay addition, as not only do they offer a chance to level up and save your game but once a Camp Site has been located, Lara can fast travel from one campsite to the other. This helps to alleviate some of the boredom from backtracking in the search for elusive items and extra salvage.

Tomb Raider is an excellent platforming adventure title, and even though it doesn’t quite manage to usurp Uncharted, Core Design have built an incredibly strong foundation from which they can continue the Tomb Raider series. The sheer fact that Lara has been going for so long, and is still regarded as gaming’s number one heroine is testament to her appeal. What Lara achieved is something a lot more impressive than what Nathan Drake has achieved so far. Who knows if over time Nathan will still be bounding around with Sully and Co. in the same way that Lara has found herself.

Bought From: Free with GPU