This week has been a bit of a frightening one. Documents were leaked showing that GCHQ conducted an investigation into using our consoles against us, and Xbox Kinect was evaluated for use in spying on us in our own lounges. I had always suspected that Nintendo had managed to secrete a camera somewhere upon the Nintendo Wii, just to laugh at ridiculous westerners who were stupid enough to purchase a console named after a toilet technique, and play games that made players look like they were having an epileptic fit. GCHQ are a bit more menacing than Nintendo though and have motives for watching us other than pointing and laughing.

Between 2008 and 2010, a project with the codename Optic Nerve collected images of users through Yahoo’s webcam service. While it’s not certain whether the Kinect camera, or other camera’s for other consoles have been used. Documents leaked by Edward Snowden specifically mention that the camera within the Kinect device had been identified by GCHQ as a potential source of information. 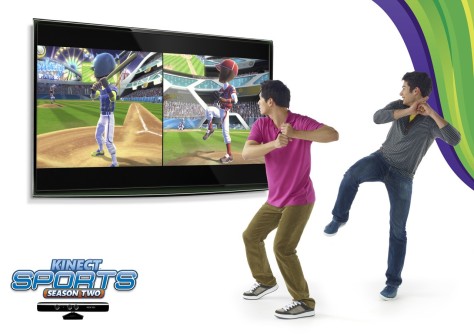 Rather than capturing terrorists, it seems GCHQ are more concerned with cultivating a huge databank of teenage boys wanking over characters such as Bayonetta. We can only imagine how excited they got when Lara Croft Tomb Raider Definitive Edition had been announced for Xbox One. That would grow their databases exponentially. GCHQ were probably also excited that they could open up a whole new specialist collection consisting of fat angry nerds crying whilst they beat off due to the realisation that Lara was only in 900p and not 1080p.

It’s just a bit of a shame that no one pointed GCHQ in the direction of Chat Roulette sooner because I can’t help but feel like it would have saved a lot of interns a lot of work and mental scarring.

In other dystopian news Fresh Meat released more screen shots for their upcoming remake of Abe’s Odysey. The game is called New ‘n Tasty and is a completely new ‘from the ground up’ rebuilding of the original with 3D visuals, silky smooth animation and improved music. In more Oddworld news, we also reviewed Stranger’s Wrath this week, which you can find here.

Nintendo Force also conducted an in depth interview with Fresh Meat in their January/February issue. You can see a brief overview of that issue here.

Abe’s not the only employee with an axe to grind this week either, Sony Santa Monica laid off an unspecified number of it’s employees after cancelling an unknown new triple A IP. Sony Santa Monica were the team behind the grisly, gore-tastic God of War, and whilst I am a huge fan of the series, the games haven’t changed a massive amount since their inception. Therefore it would have been great to see something completely new from the incredibly talented studio. Lord knows that the PS4 is crying out for exclusive killer IP at the moment. The Order: 1866 will only satiate so many for so long.

South Park fans in Europe also faced disappointment this week after Ubisoft announced that they would be censoring their own upcoming comedy RPG, South Park: The Stick of Truth. At least two minutes of footage are to be greyed out with a description from Matt Stone and Trey Parker depicting the incredibly graphic imagery behind.

I can’t help but wonder whether this is a marketing ploy on the part of Ubisoft to drum up hype about the upcoming game. Rockstar can testify to just how well controversy sells videogames. A more recent example would be Senran Kagura, whilst a group of outspoken people were up in arms about the concept of two scantily clad school girls fighting one another, a less outspoken group of people were ordering the game in huge numbers sending Senran Kagura flying up the pre-order charts.

If Ubisoft truly are worried that the content is too graphic for gamers than I think that is an even bigger outrage than if it were just a cheap marketing trick. It’s a sad state of affairs if the videogame industry isn’t confident to explore subjects with the same amount of profanity as other media. If that’s the case, then Ubisoft have weakened videogame’s stance as a legitimate art form in the eyes of its critics.

And finally, while GCHQ are looking to tap into people’s lives through their consoles, Nintendo are looking to disconnect them. Nintendo announced they will be turning off the Nintendo Wi-Fi service that allows players to play online with Nintendo DS’s and Nintendo Wii’s on the 20th of May.

This is a shame, but Nintendo will be relocating resources to strengthen services for the Nintendo 3DS and the Wii U. With the release of Mario Kart 8 and the new Super Smash Bros. later this year, they are going to need quite a strong enough infra structure. Especially if Nintendo expect to provide a flawless service to the most complacent species on the planet. Gamers.